From £1,299 per person // 11 days
The Essentials
Tailor make your holiday
What's included 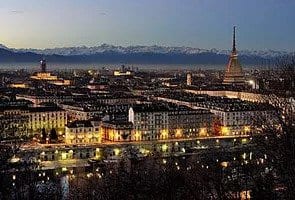 Leave London St Pancras late morning on the Eurostar to Paris Gare du Nord. Transfer to the Gare de Lyon and catch the direct train down through France and across the Italian border to Turin. Arrive into Porta Susa station where you can either catch a metro service or taxi to the centrally located Starhotels Majestic (or similar), convenient for your onward connection tomorrow.

Turin is one of Italy’s most celebrated food cities, so it would be a shame to miss out on the opportunity of an evening meal here. 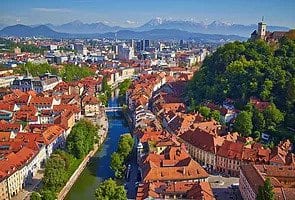 Enjoy breakfast in your hotel and then, in the mid-morning, make your way to Turin’s Porta Nuova station for your onward journey to Ljubljana. This journey takes you via Venice (where you have time to stop for lunch) and Trieste before you cross the border bound for the Slovenian capital. On arrival, check in at the Best Western Premier Slon (or similar) for an overnight stay.

TMR RECOMMENDS: Add an extra night in Ljubljana so that you have time to explore this lovely, compact city.

Take the train to Zagreb this morning. You’ll have a few hours to take in the highlights of this austere capital, easily accessible on foot from the railway station. After some time in Zagreb, make your way back to the station and pick up the modern train through some beautiful Croatian countryside in the Dalmatia region, before arriving into Split later in the evening.

Upon arrival, check into the Hotel Marul (or similar) for a 3-night stay. After settling in here, it’s time to head out and begin your exploration of this historic Adriatic city. 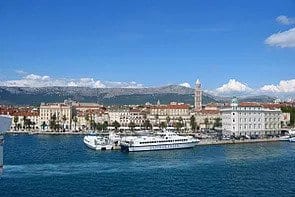 Home to the summer house of the Roman emperor Diocletian, Split is one of the jewels of the Adriatic. Its centre dates back to the Roman era, as well as hints of medieval and Venetian influences as you wander the evocative narrow passages of the Old Town.

Complement your visits to the fascinating museums and galleries with a stroll along the harbour-front, where the fresh catch of the day is being transported to some of the city’s top restaurants ready for you to sample. If you fancy an excursion from Split, we recommend taking a day trip to Plitvice Lakes National Park.

TMR RECOMMENDS: EXTEND TO DUBROVNIK
We can happily arrange a transfer by private car, coach or boat down the coastline to the walled city of Dubrovnik. Stay here for a few nights and then take a ferry direct from Dubrovnik to Hvar to pick up the itinerary again from there. 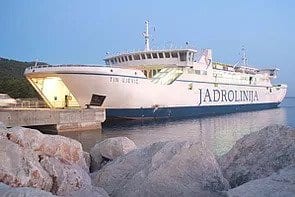 Catch a ferry from Split over to the island of Hvar today. During summer, this can be made on a high-speed vessel, while at other times the journey is made at a more leisurely pace on a traditional ferry.

On arrival at the port, make your way to the Amfora Grand Beach Resort (or similar) where you will have a 3-night stay. 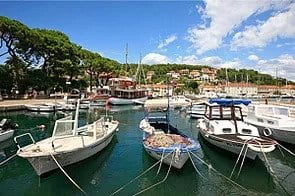 One of the Adriatic’s most popular islands, Hvar lies 30 miles or so off the coast of mainland Croatia. Boasting stunning towns such as Stari Grad, Hvar Town and Jelsa, the island has an impressive offering of sumptuous restaurants, happening bars and a rich culture and architecture.

Try watersports, go hiking along the coastline or in the hills, or just relax by the poolside with a book! We can arrange car hire if you would like to visit other parts of the island under your own steam, or we can arrange for a private tour of the island should you wish.

Take a ferry back across to the Croatian mainland and connect with the rail network on the journey through Croatia to Zagreb. Your hotel for the night is the Hotel Dubrovnik (or similar), within easy walking distance of the station.

Enjoy dinner or a late evening stroll in Zagreb before and settling in for the night at your hotel.

DAY 10 - ZAGREB TO MUNICH VIA THE ALPS 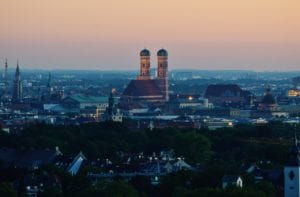 Make an early start this morning and take your seat aboard the convenient direct EuroCity train from Zagreb through the Slovenian and Austrian Alps. Check in for an overnight stay at the Courtyard City Centre (or similar). You’ll have plenty of time to explore the Bavarian capital, taking in the Marienplatz (main square) and Hofbrauhaus beer hall.

TMR RECOMMENDS: Break the long journey from Zagreb to Munich with a stopover in the Austrian Alps. Then, make a more leisurely return to the UK via Germany’s Rhine Gorge. Ask one of the team for more details and a quote.

Return to the station this morning and board a sleek German ICE train north to Brussels, with an easy change in Frankfurt. Change at Brussels onto a Eurostar service back through to London. 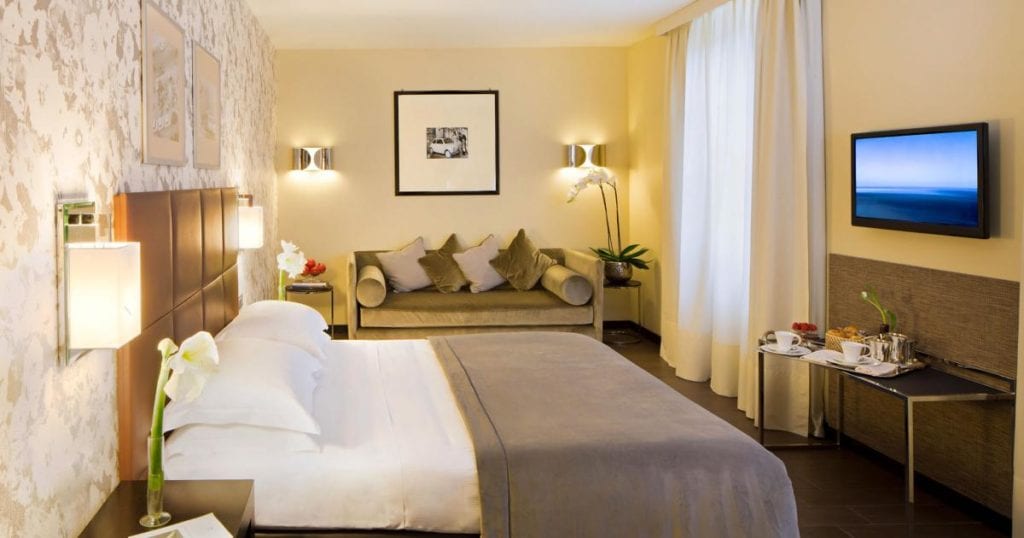 This polished, 19th century hotel is located near all Turin’s main attractions and features modern bedrooms, an elegant restaurant complete with stained glass skylight, and an exercise room. A buffet breakfast is provided daily at the hotel. Le Regine Restaurant by Eataly serves both Piedmont and international cuisine.

The Best Western Premier Hotel Slon is situated in the heart of Ljubljana, within easy reach of the castle and Old Town area. The hotel offers 170 well-appointed bedrooms along with a spa, fitness centre, and a restaurant which is popular with locals as well as guests.

This charming hotel within easy walking distance of the marina and Diocletian’s Palace. It features an à la carte restaurant serving Mediterranean and international cuisine and a bar. Bedrooms are decorated in soft pastel colours and all offer free Wi-Fi access, a satellite TV and air-conditioning. 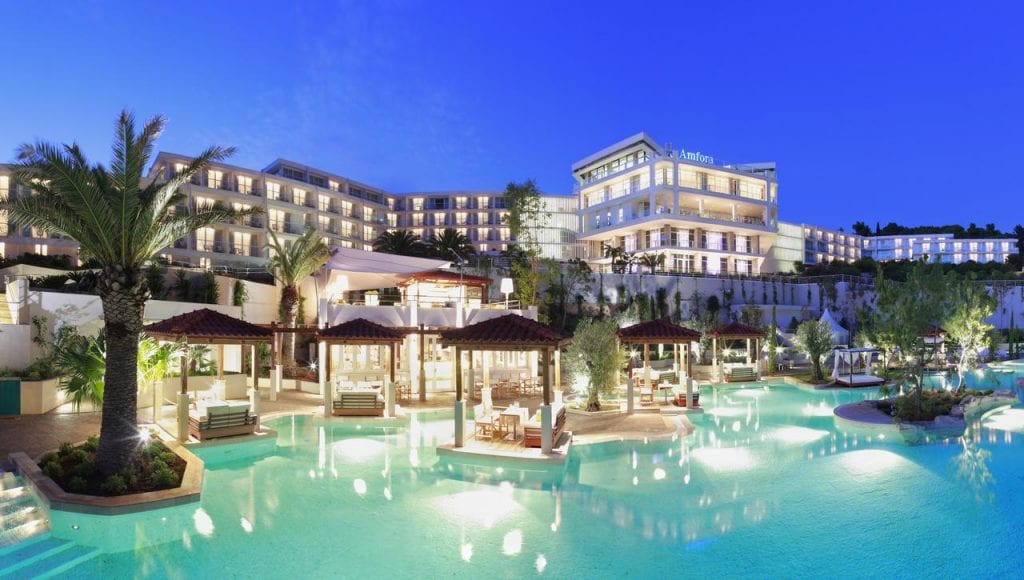 With a beautiful multi-level pool as its spectacular main feature, the Amfora Grand Beach Resort is in a secluded setting and still within easy walking distance of the centre of Hvar Town. The rooftop restaurant, Windows on Hvar, provides majestic views across the town, mountains and stunning islands off the coast. 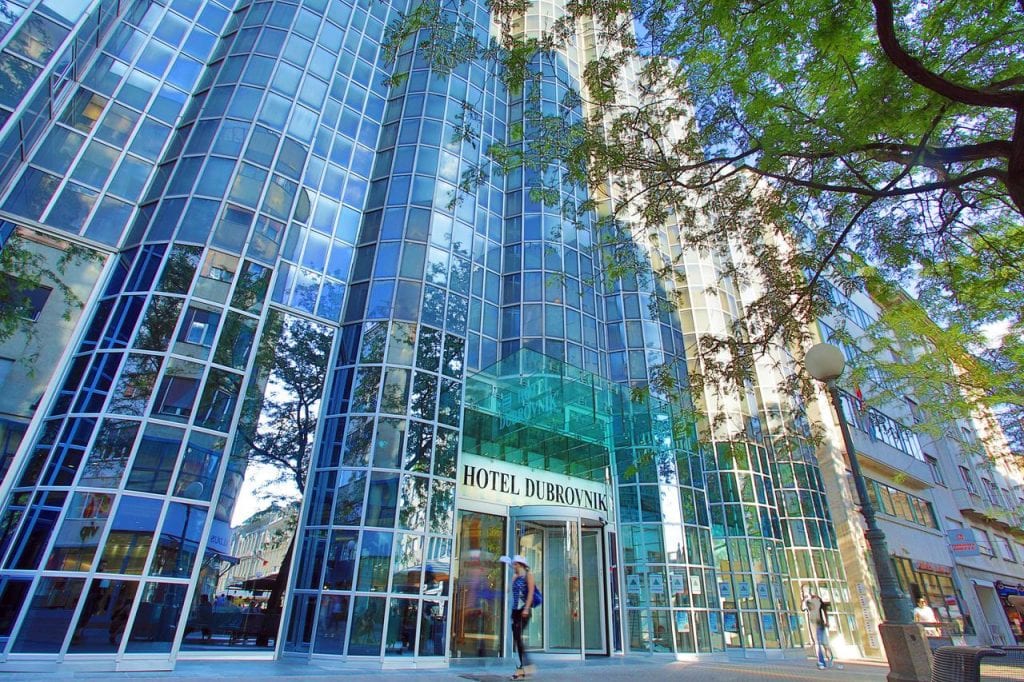 Situated on Zagreb’s main square, the Hotel Dubrovnik has been offering a comfortable base to explore the city since 1929. The bedrooms are decorated in a classic style with air-conditioning, a TV and minibar. There is also a popular restaurant in the hotel as well as an elegant café and a rooftop terrace.

Prices are based on two people sharing a twin or double room. Single supplements will apply for sole occupancy. The price includes Standard Class rail travel with seat reservations as necessary and the best available fares on the trains. If you travel during a peak period, particularly at short notice, then supplements may apply.

Upgrade all rail journeys on this holiday to First Class from £400 per person. If you prefer, we can upgrade individual elements of the journey.

From £749
6 Days
Budapest Without Flying
Travel to and from the Hungarian capital on comfortable and civilised trains, combining a superb Austrian overnight train on the way out, with a straightforward daytime journey on the way back.
From £749 per person // 6 days 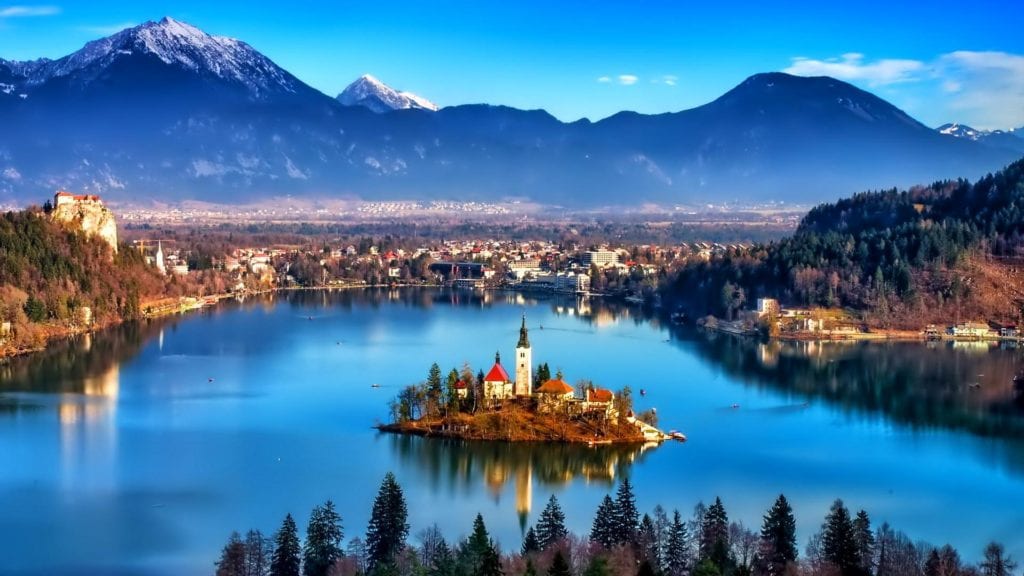 From £849
8 Days
Lake Bled by Rail
Discover the beautiful Slovenian resort of Lake Bled, surrounded by the soaring peaks of the Julien Alps, with scenic rail travel to and from your destination. Spend a night en route in Munich and, on the way back, stop in the beautiful city of Heidelberg.
From £849 per person // 8 days

From £599
7 Days
San Sebastian and Lisbon
Travel to Portugal by train from the UK, stopping off at the city of San Sebastian with its sweeping urban beaches and Michelin-starred restaurants before catching a sleeper train to Portugal and enjoying three days in historic Lisbon.
From £599 per person // 7 days

From £4,999
14 Days
Jewels of Italy and the Venice Simplon-Orient Express
Take in the highlights of Italy including Lake Maggiore, Tuscany and Amalfi Coast before rounding off your holiday in style with a homeward journey aboard the Orient-Express.
From £4,999 per person // 14 days
Download Printable Itinerary
Warning: "continue" targeting switch is equivalent to "break". Did you mean to use "continue 2"? in /home/tailormaderail/public_html/wp-content/plugins/advanced-pdf-generator/public/libs/dompdf/src/Dompdf.php on line 600