From £1,199 per person // 13 days
Take to the rails through Europe to one of the the continent's less-visited destinations, the heart-shaped country of Bosnia-Herzegovina and its three main cities - Sarajevo, Banja Luka and Mostar.

From £1,199 per person // 13 days
The Essentials
Tailor make your holiday
What's included 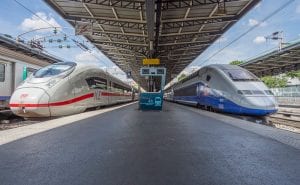 Take a sleek Eurostar service through the Channel Tunnel to Brussels. Here, you change onto a German ICE train which takes you east into Germany, then south to the city of Stuttgart. Stay overnight near the station at the Arcotel Camino (or similar), and head out to explore the city and take in an evening meal at one of the many eateries. 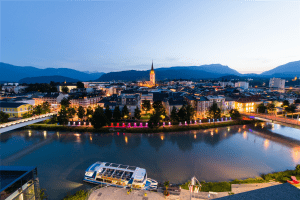 Board a direct EuroCity train before lunch today which takes you through the rolling hills of Bavaria and into the more dramatic landscapes of the Austrian Alps. After crossing onto the southern side of the mighty mountain range, you arrive in the city of Villach, where you are staying overnight across from the station in the City Hotel (or similar). 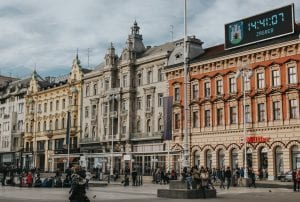 After a morning in Villach, you have a lunchtime train today that takes you through the pretty landscapes of Slovenia and into the Croatian capital Zagreb. On arrival in Zagreb, check in at the Canopy by Hilton City Centre (or similar), located conveniently across from the station. You then have an evening to take in the beautiful squares, parks and pavement cafés of this underrated city. 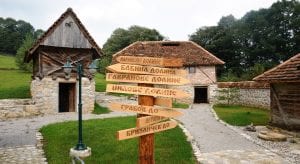 Late morning today you will be collected by a private car transfer, which will take you down the motorway towards the Bosnian border, plugging a gap in the rail network. Once you are on Bosnian soil, you have a stop at the fascinating Ethno Village – Museum Ljubačke Doline (pictured), which an open-air museum showing the life of a community that used to inhabit this area, its traditional architecture, material culture, and furniture from the late 19th century and early 20th century. Later, you move on by car and arrive at the Hotel Ideja (or similar) for a 2-night stay. 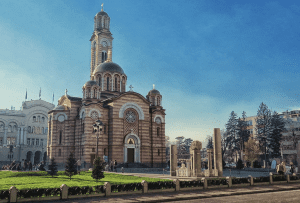 De-facto capital of the Serbian entitly of Bosnia and Herzegovina (known locally as Republika Srpska), this city of 200,000 inhabitants is Bosnia’s second-largest city. Don’t miss the Ferhat-Pasha Mosque, painstakingly restored and reopened in 2015, as well as the Roman Catholic Cathedral of Saint Bonaventure and the Serbian Orthodox Cathedral of Christ the Saviour.

You have the bulk of today to look around Banja Luka for one last time, you board an evening direct train through the picturesque Bosnian countryside to the capital, Sarajevo. These are relatively modern Talgo trains imported from Spain, with airconditioning and comfortable legroom. On these trains you will travel in First Class for the extra comfort. On arrival in Sarajevo, check in at the Hotel Old (or similar), your home for the next 4 nights. 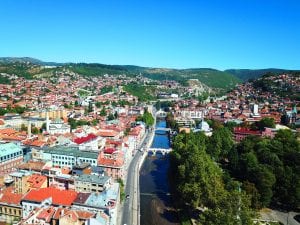 One of Europe’s hidden treasures, Sarajevo is an absolute delight.  The Baščaršija area of the old town dates back to the days of the Ottoman Empire.  As you make your way west from here the city morphs into a relic of the Austro-Hungarian Empire which was in control until the First World War.  Further west you have “Sniper Alley”, the main thoroughfare to the airport, which was targeted by Serbian snipers in the surrounding hills during the 1990s conflict.

This journey takes in some spectacular scenery, which you enjoy from the comfort of your First Class seats. The train passes through the Neretva River Valley, affording some truly wonderful views on what is thought by many to be one of Europe’s most spectacular train rides. On arrival in Mostar, check in at the Villa Fortuna (or similar) for a 3-night stay. 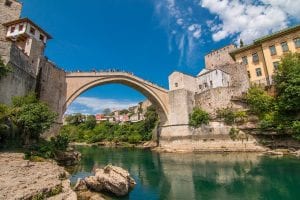 Best known for its iconic bridge, Mostar is in the Herzegovina region of the country, and sits astride the Neretva River.  Mostar boasts many noteworthy buildings in a diverse range of architectural style. Examples include the Italianate Franciscan church, the Ottoman house of Muslibegovića, the Dalmatian Ćorović House and an Orthodox church, constructed as gift from the Sultan during the Ottoman times. 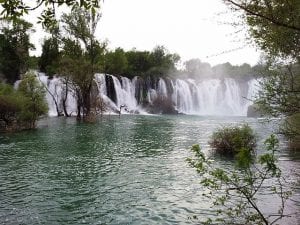 This morning a private car transfer takes you from your hotel in Mostar south towards the Croatian border, making a stop at the spectacular Kravice Waterfalls (pictured), before heading to Split airport for your flight home.

TMR RECOMMENDS – Return to the UK without flying by taking a ferry across the Adriatic to Italy and through the Alps to France. Contact the team for more information and a quote. 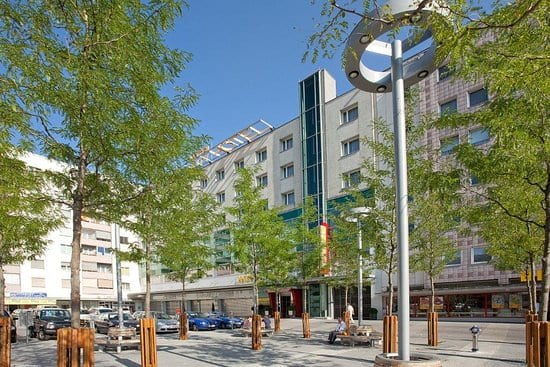 Only steps away from Villach Train Station, this 4-star hotel is just  a short walk from the Old Town. It offers a sauna and free Wi-Fi.  All rooms at Hotel City feature an LCD flat-screen TV with a laptop connection, a minibar, and a tea/coffee maker.  The daily breakfast buffet includes organic dishes and products from local farms. 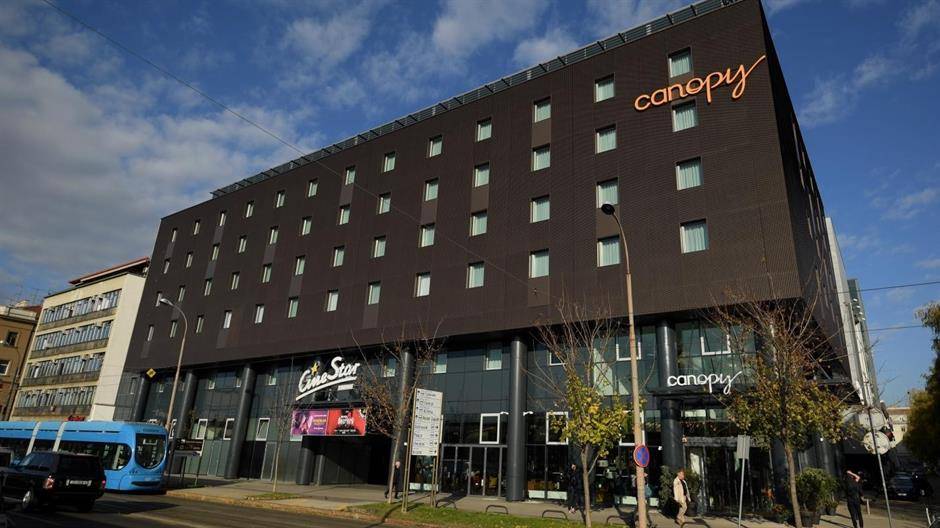 Just a few yards from the Main Train Station, the hotel features modern, air-conditioned rooms that are fitted with a minibar, flat-screen satellite TV and a coffee machine. Featuring a shower, private bathrooms also come with a hairdryer and free toiletries. The on-site restaurant, ReUnion serves Croatian cuisine while a buffet breakfast is served each morning. After a busy day guest can relax in the lounge bar while enjoying a refreshing drink. Zagreb Main Square, as well as the Upper Town and all major sights, can be reached in a 15-minute walk.

Hotel Ideja is quietly set in the centre of Banja Luka. The main street with various shops is only a few steps away and the town bridge and the mediaeval Kastel Fortress are within a 2-minute walk. Other sights include the Cathedral of Christ the Saviour and Mariastern Monastery.  The Vrbas River, with its beaches and a promenade, is also within extremely easy reach. 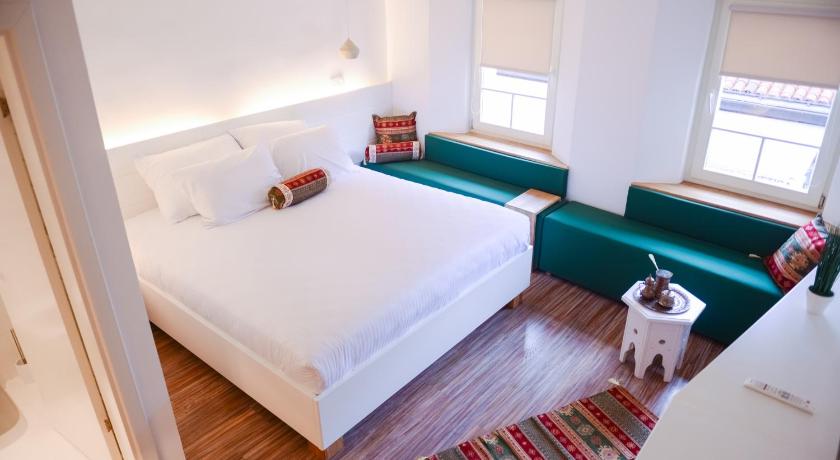 Hotel Old Sarajevo is situated in the Old Town district in Sarajevo, close to Bascarsija Street and Sebilj Fountain. Every room at this hotel is air conditioned and has a flat-screen TV with satellite channels. All rooms have a private bathroom equipped with a bidet and shower.  You will find a 24-hour front desk at the property. Various restaurants and cafes are within walking distance from Hotel Old Sarajevo. The banks of Miljacka River and the famous Latin Bridge are under 5 minutes on foot. 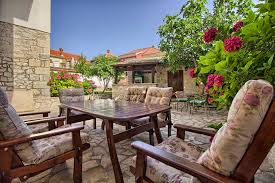 Surrounded by a lush garden, Villa Fortuna is only 150 yards away from the UNESCO-protected Old Bridge in Mostar. All rooms and apartments have air conditioning.  The dining room is located in an annex stone house, built with traditional features such as wooden beams and an open fireplace. Here guests can sample Herzegovinian specialities and Zilavka and Blatina wines. The garden of the Bed & Breakfast Villa Fortuna is a pleasant area to unwind – it offers a garden fountain and the orchard has pomegranate, fig and olive trees.

These prices are based on two people sharing a twin or double room. Single supplements will apply for sole occupancy. It is based on Standard Class rail travel and includes seat reservations as necessary. If you travel at short notice, then supplements may apply.

Choose your departure date
From £1,199 Enquire Now
Upgrade your travel

Upgrade all rail journeys on this holiday to First Class from £250 per person. If you prefer, we can upgrade individual elements of the journey.

From £1,299
11 Days
Croatian Coastline by Rail: Split and Hvar
One of Europe's most popular holiday regions, the Adriatic coastline of Croatia, is easily accessible by rail from London - enjoy beautiful scenery and combine Split with the island of Hvar.
From £1,299 per person // 11 days 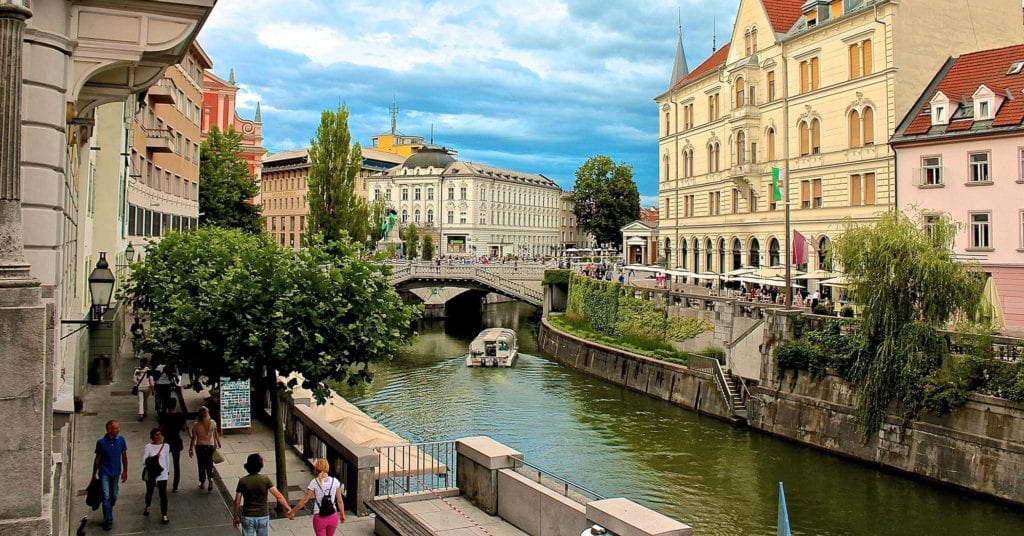 From £1,099
11 Days
Discover Slovenia
Take in the scenery and culture of Slovenia on this 10-night holiday. Your suggested itinerary takes you from the coastal resort of Piran to Lake Bled in the Julian Alps, via majestic capital Ljubljana.
From £1,099 per person // 11 days

From £1,399
15 Days
Eastern Europe Explorer
Travel east of the former Iron Curtain on this epic holiday from Gdansk in the Baltic to Belgrade in Serbia, taking in some spectacular destinations along the way, including Dresden, Prague and Budapest.
From £1,399 per person // 15 days

From £1,449
15 Days
Fall of the Iron Curtain
Travel through Warsaw, Berlin, Prague, Bratislava, Budapest and Bucharest on a rail journey through history, mapping the fall of the Iron Curtain that divided eastern and western Europe until 1989.
From £1,449 per person // 15 days
Download Printable Itinerary
Warning: "continue" targeting switch is equivalent to "break". Did you mean to use "continue 2"? in /home/tailormaderail/public_html/wp-content/plugins/advanced-pdf-generator/public/libs/dompdf/src/Dompdf.php on line 600