L onely Planet describes Rome’s urban landscape as ‘the result of 3000 years of ad hoc urban development’ which gives a very accurate sense of the way in which historic buildings from ancient to ultra-modern jostle for space. There really is a new wonder around every corner here. Some landmarks, like the Colosseum and the awe-inspiring Vatican museums, require forward planning to visit without queueing. Many more are simply there to see and open to everyone.

Florence to Rome via Umbria From £1,199 per person // 12 days Travel down to Florence via Zurich and the Gotthard Pass route through the Alps. Then enjoy a leisurely journey south through the stunning scenery of Umbria to Rome, with stops in Perugia and Spoleto as well as a day trip to Assisi.

Offer
Venice, Rome and Florence From £999 per person // 9 days Italy’s three most popular cities in one itinerary. Travel to Italy via Nuremberg and the Brenner Pass, before experiencing the canals of Venice, the rich history of Rome and the culture of Florence.

Offer
Grand Tour of Italy From £2,149 per person // 21 days This epic exploration of Italy's finest cities and most beautiful countryside takes you from Venice down to Sicily and back. En route, visit the elegant cities of Rome and Florence, relax on the Amalfi Coast and cruise on Lake Como.

The historic centre of Rome is traffic-free and easily walkable, with many attractions clustered together. If you want to get further afield or travel more quickly, there’s also a cheap and efficient metro service, with large ‘M’s advertising each stop.

There are so many museums and landmarks to see in Rome and it can be hard to choose where to go first. There’s the Colosseum, the largest structure remaining from the Roman Empire and indeed, the whole of antiquity. Adjacent to the Colosseum is the Roman Forum. Though only a fraction of this important area of ancient Rome remains, it’s still easy to imagine the grandeur of what was once the epicentre of the Western world. Both venues attract a lot of visitors, so if you want to beat the queues and get a real understanding of what you are seeing, we would strongly recommend a guided tour.

Another attraction on many people’s bucket lists is the Vatican City. It could easily take a week to explore the treasures of this independent city state alone. The Vatican Museums display around 20,000 art works, with another 50,000 in the collection. The pièce de résistance here is of course the Sistine Chapel, with its extraordinary ceiling painted by Michelangelo. It’s also well worth visiting the Renaissance St Peter’s Basilica, possibly the largest church in Christendom. The views from the dome are breathtaking.

Other famous historic monuments include the Pantheon, the Trevi Fountain, the Spanish Steps with the Bocca della Verita at the top, the Palazzo Sant’Angelo… the list is endless! But if you want some time out to relax after all the sightseeing, you can either take a stroll around the lush English style Borghese Gardens or enjoy a delicious Roman coffee or gelato in Piazza Navona, perfect for people-watching. Rome is some 1,160 miles south of London so you might think that travelling here by train will be quite an arduous journey. In fact, you can easily reach Rome with just one overnight stop en route. Or why not take advantage of some of the great destinations in-between and make the journey part of your holiday? 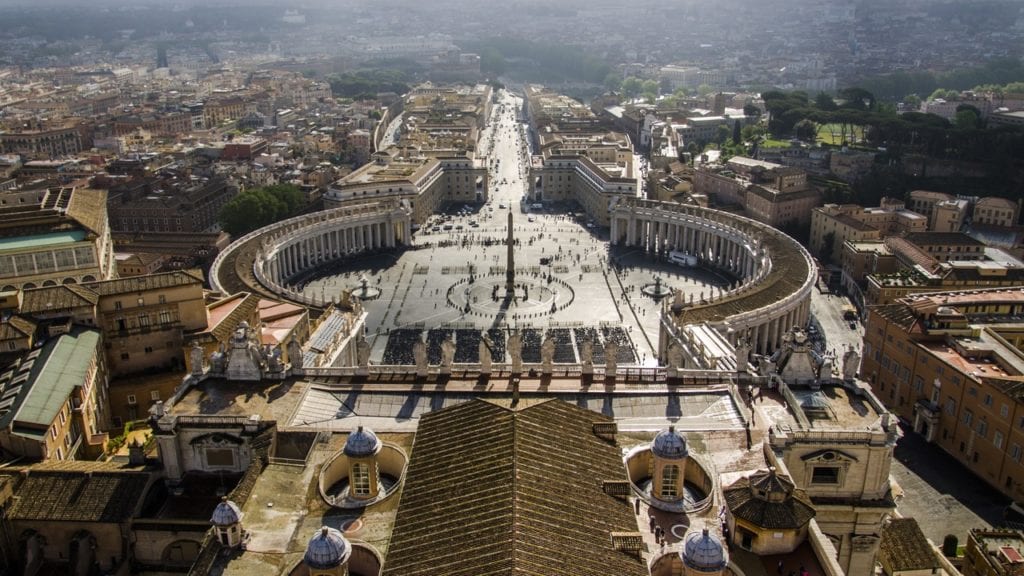 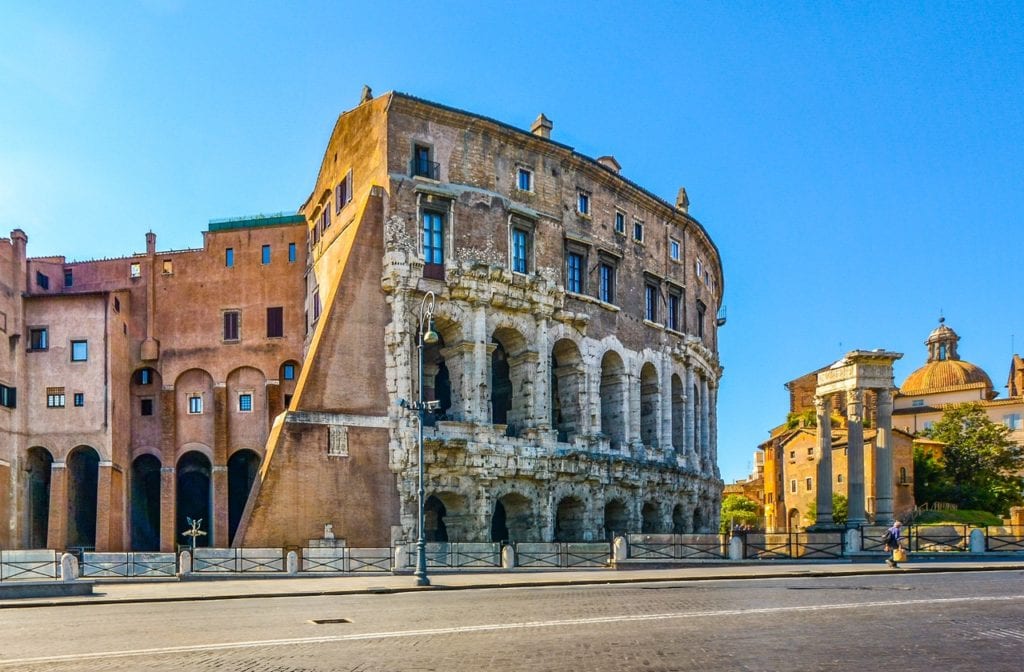 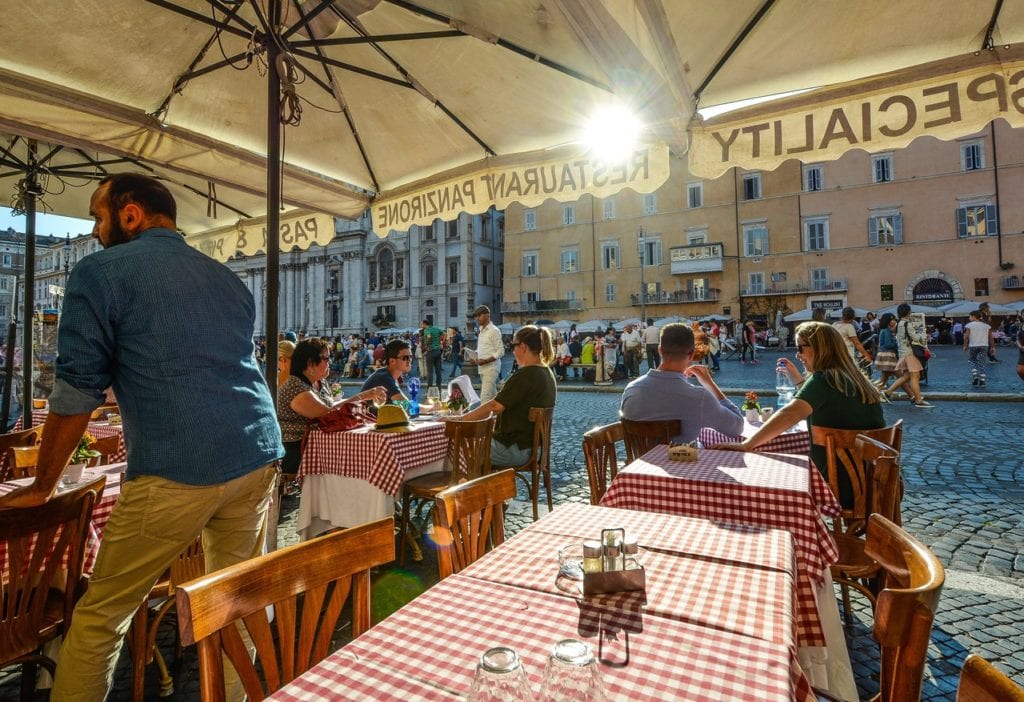 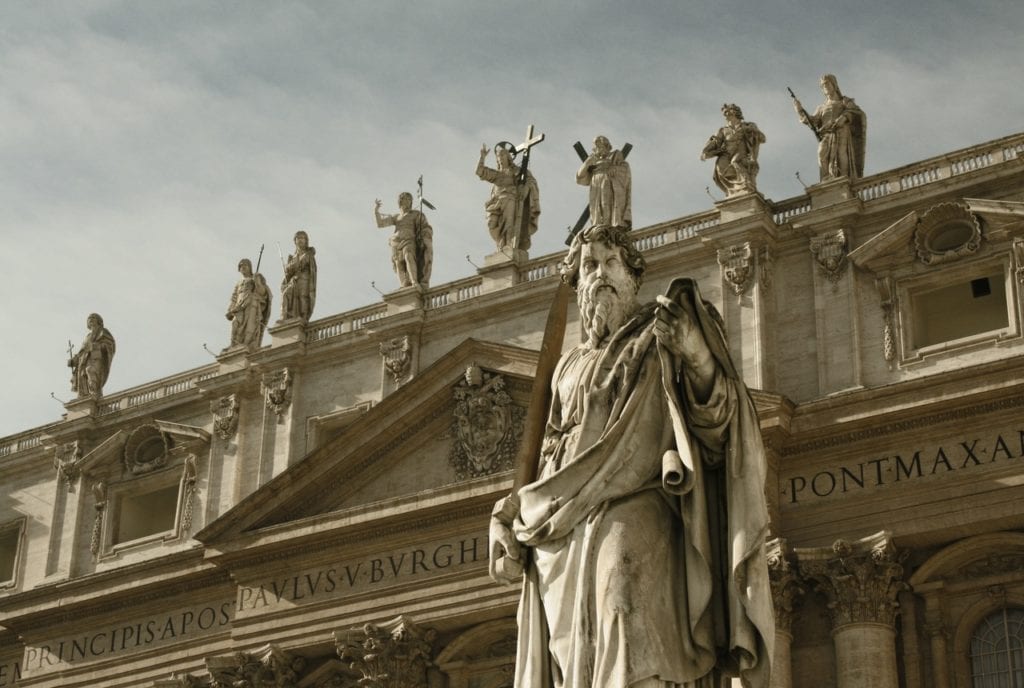 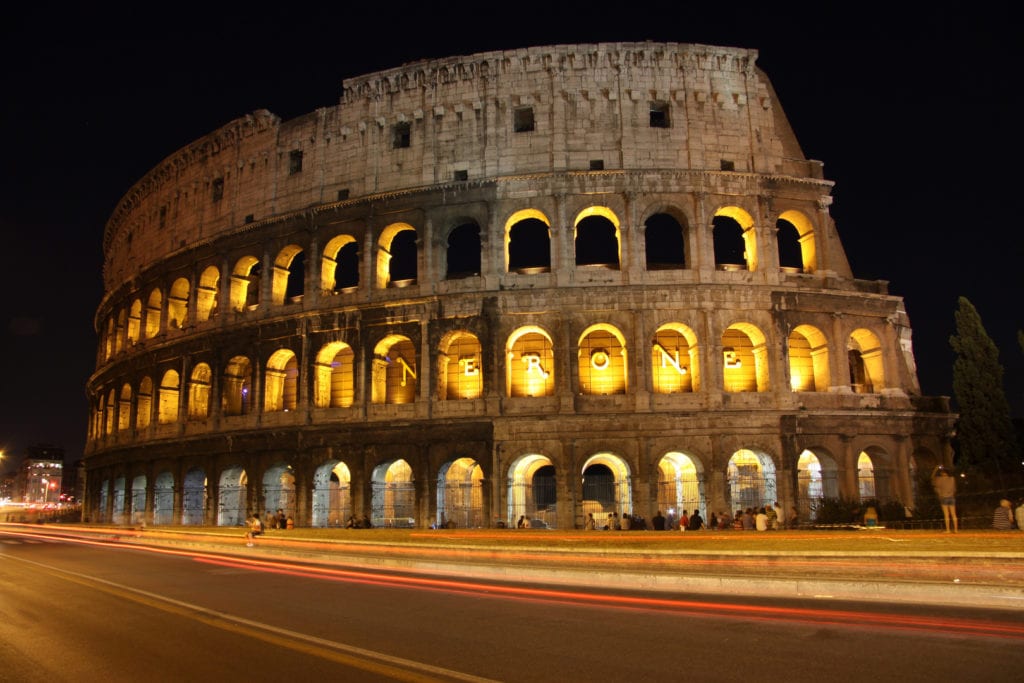 Offer
Italy
9 Days
Venice, Rome and Florence
Italy’s three most popular cities in one itinerary. Travel to Italy via Nuremberg and the Brenner Pass, before experiencing the canals of Venice, the rich history of Rome and the culture of Florence.
From £999

Italy
12 Days
Florence to Rome via Umbria
Travel down to Florence via Zurich and the Gotthard Pass route through the Alps. Then enjoy a leisurely journey south through the stunning scenery of Umbria to Rome, with stops in Perugia and Spoleto as well as a day trip to Assisi.
From £1,199

Our Recommended Hotels in Rome 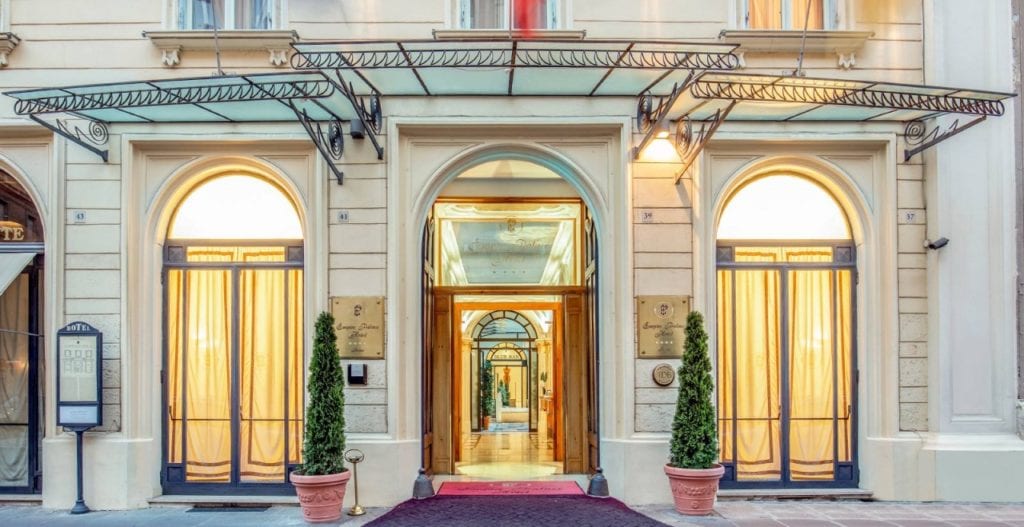 Set between Via Veneto and Piazza Barberi in a restored 19th-century palazzo formerly owned by a noble family, this upscale hotel features refined rooms decorated in a classic style along with marble bathrooms. Highlights include a Mediterranean restaurant, piano bar, attractive courtyard, and fitness centre. 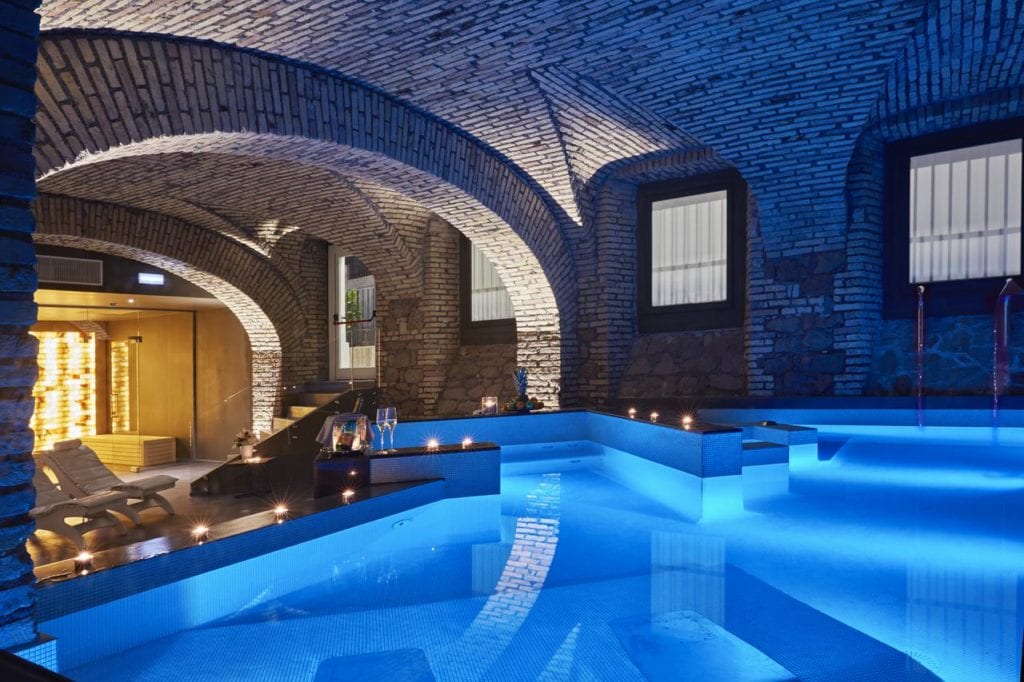 The Building Hotel is a modern property overlooking the Aurelian Walls, close to Rome Termini rail station. As well as comfortable, well-appointed bedrooms, there is also a restaurant, a spa with hot tub and sauna, a gym and a 24-hour reception desk. 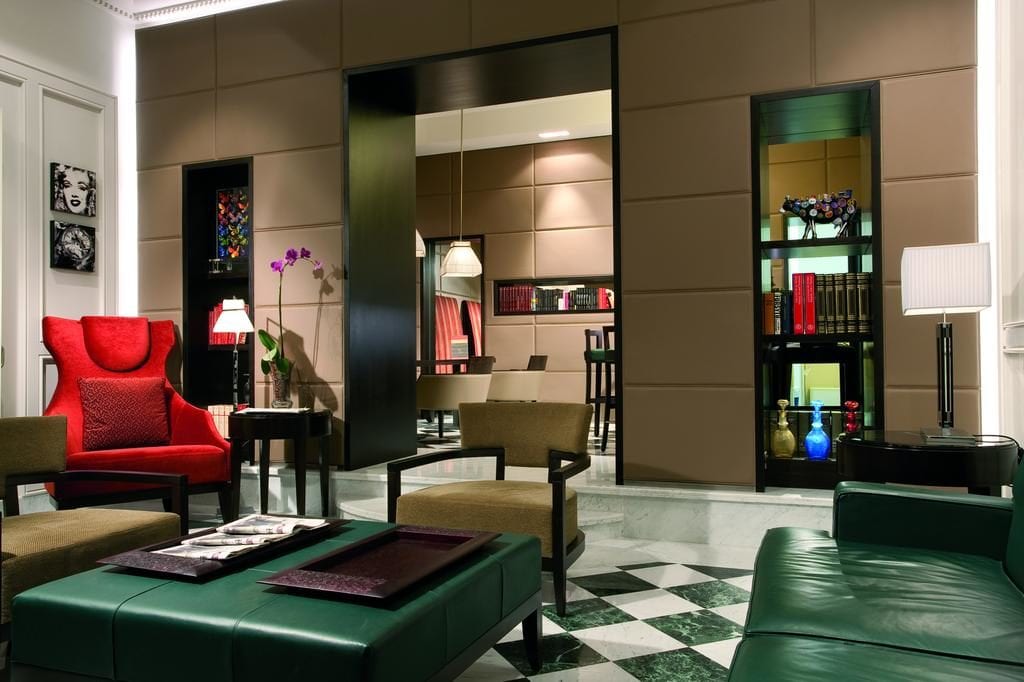 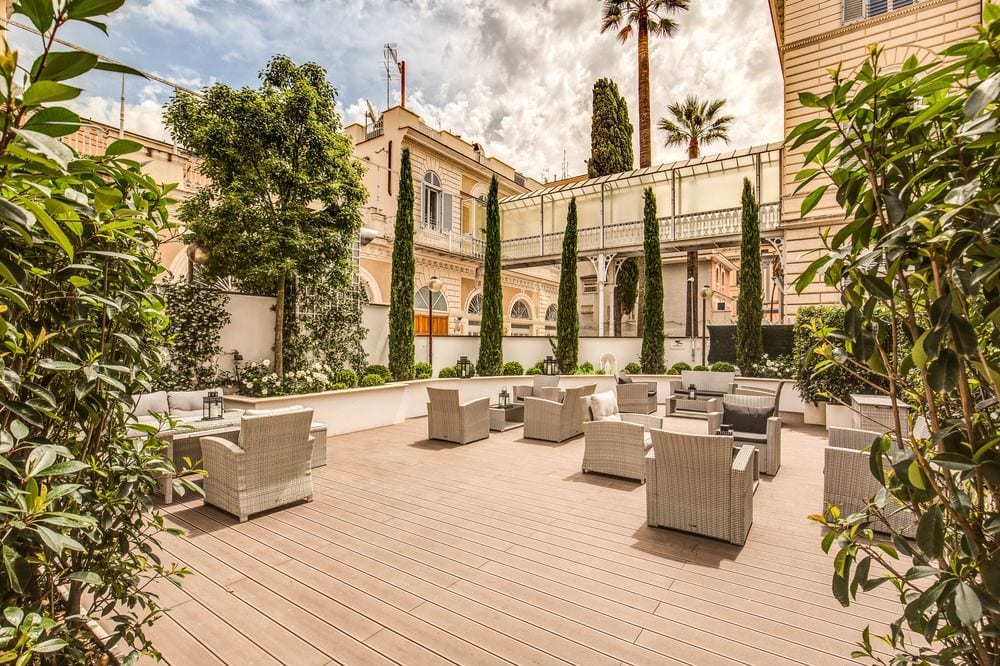 The Liberty Boutique Hotel is located in the centre of Rome, close to the main station and within easy reach of the city’s famous attractions. Complimentary Wi-Fi internet access is available throughout the hotel, and the rooms are elegantly furnished, with flat-screen TVs and a coffee machine. After a busy day of sightseeing, guests are invited to relax on the hotel’s private terrace. 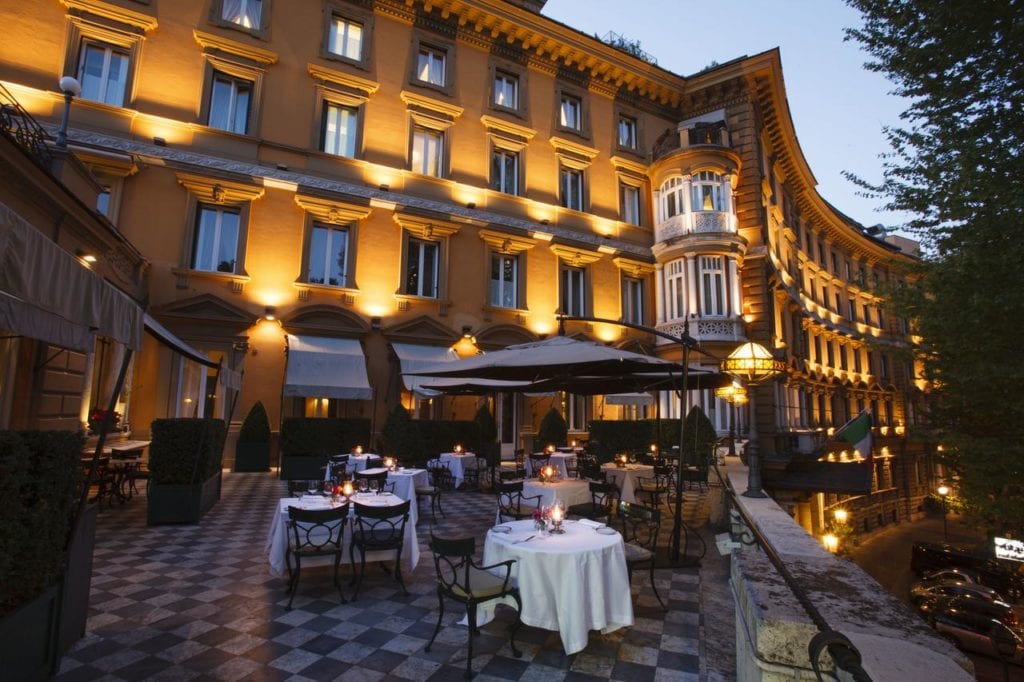 Occupying a great location on the Via Veneto, close to the Villa Borghese gardens, the Majestic Roma features spacious and elegantly decorated bedrooms, a lovely restaurant with a terrace overlooking the street and a well-equipped gym. The hotel has been accommodating guests since 1889 and is one of the Leading Hotels of the World. 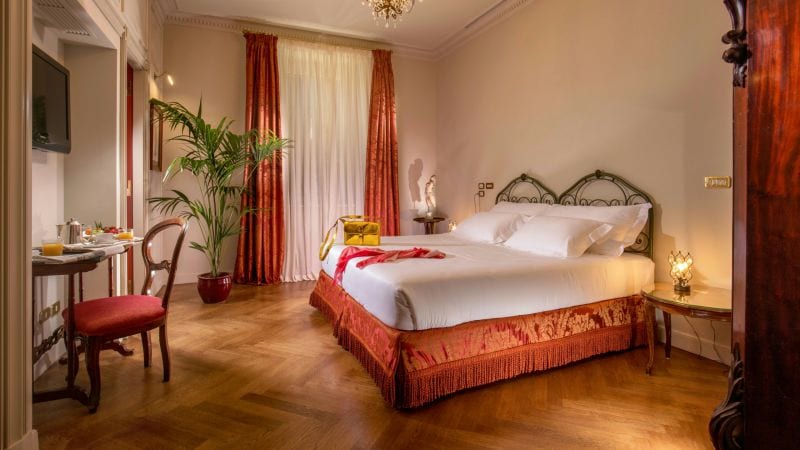 Located on a quiet side street, but only 10 yards from the Piazza del Popolo, the Hotel Locarno is a luxurious base to explore Rome. The spacious Art-Nouveau style bedrooms are all air-conditioned with a TV and mini-bar. In fine weather, guests can enjoy an al fresco breakfast on the hotel’s roof terrace overlooking the city. There is also a restaurant, a buzzing bar and complimentary bike hire available. 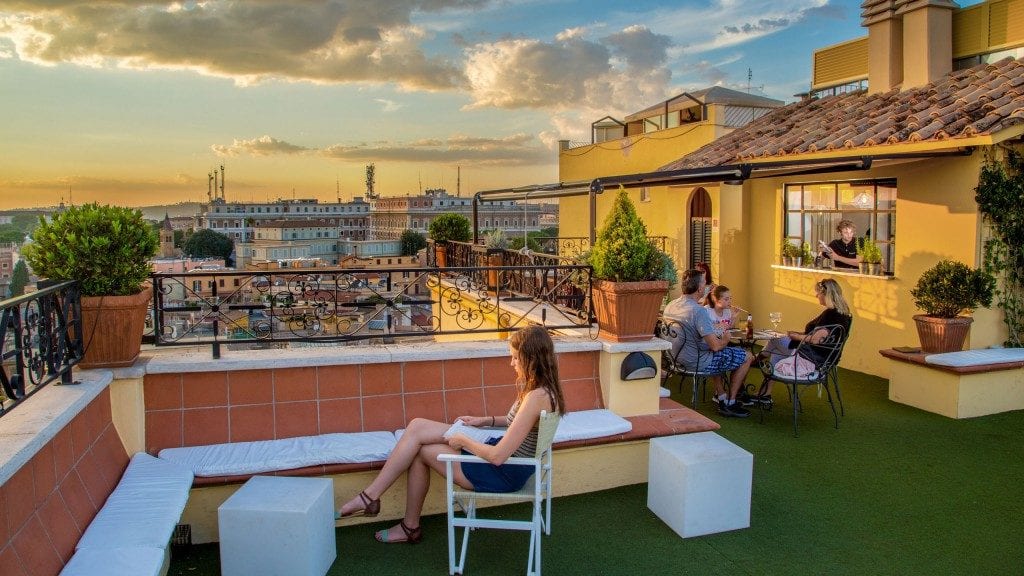 Found in Rome’s oldest district, the Hotel Colosseum is ideally situated to help you explore this beautiful and historic city. Rooms are a tasteful combination of antique furniture and modern comforts, including air conditioning and free Wi-Fi access. On the rooftop, you will find a stunning terrace open all year round where you can watch the sun set on the eternal city.

Suggested Tours in and Around Rome 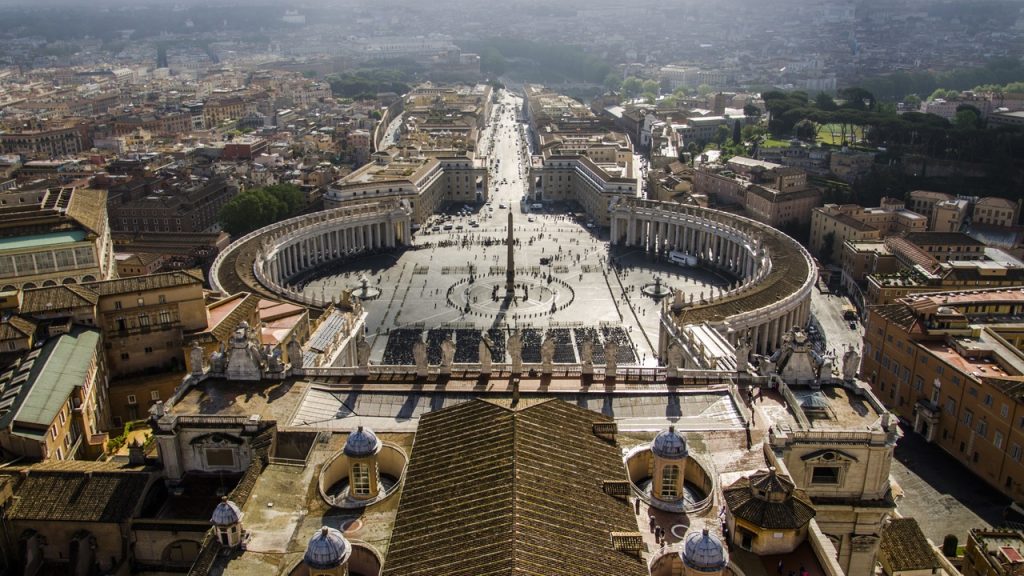 Next Stop: Rome
One of the most romantic and charismatic cities in the world, Rome is a vibrant mix of architecture, art and exciting street life. Three thousand years of urban development are apparent in world-famous landmarks like the Colosseum, Pantheon, St Peter’s Basilica and the Castel Sant’Angelo. 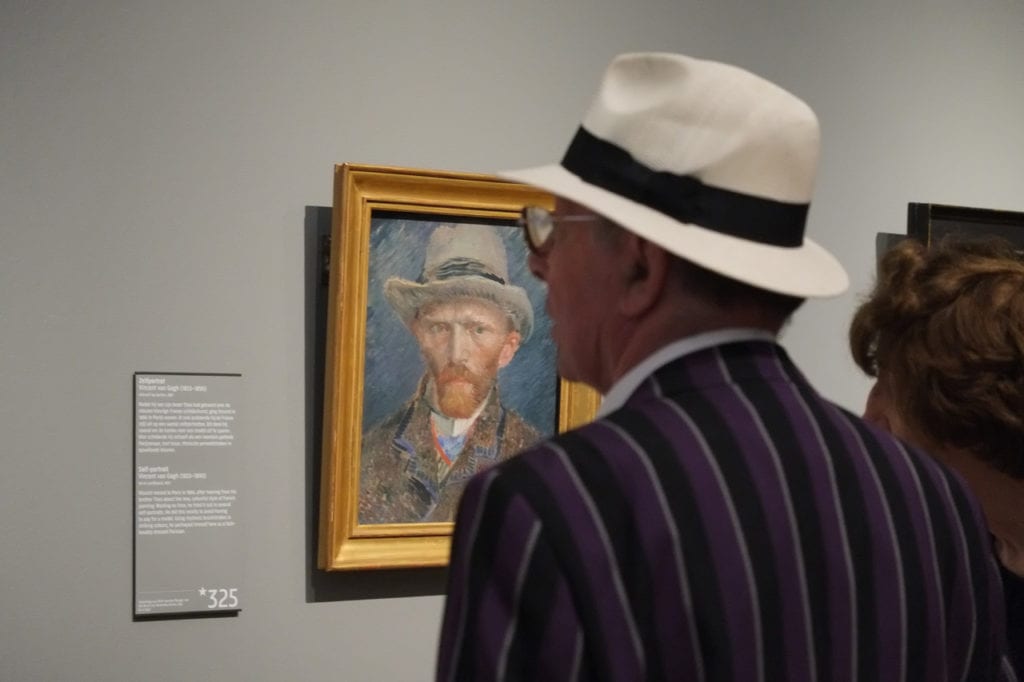 TMR Top 10 Museums in Europe
Looking for some sightseeing inspiration? Have a look at our top tips for must-see museums in Continental Europe.
Contact us
Tailor Made Rail
This website uses cookies to improve your experience. We'll assume you're ok with this, but you can opt-out if you wish.AcceptReject Read More
Privacy & Cookies Policy