A t the centre of Central European power and politics for over a thousand years, Prague offers an unrivalled wealth of culture and history. Spread across both banks of the Vltara River, with the famous Charles Bridge connecting the two, the city is best discovered on foot or, when the need arises, from a pavement cafe where you can sample one of Prague’s justly famous beers.

Tailor Made Rail
Offer
Prague Without Flying From £679 per person // 6 days Travel to Prague via the beautiful city of Erfurt and spend two full days taking in the Czech capital with its UNESCO World Heritage listed Old Town, countless museums and hilltop castle, before returning to the UK via Bohemia and Bavaria.

Offer
Budapest, Vienna and Prague From £999 per person // 11 days Combine the imperial cities of Prague, Vienna and Budapest on this central European adventure by rail. Stop along the way in historic Munich and return home via the wooded hills of Bavaria, with a night in Regensburg.

Eastern Europe Explorer From £1,399 per person // 15 days Travel east of the former Iron Curtain on this epic holiday from Gdansk in the Baltic to Belgrade in Serbia, taking in some spectacular destinations along the way, including Dresden, Prague and Budapest.

Prague and the Orient Express From £2,999 per person // 6 days Travel by first class rail via Berlin to the enchanting city of Prague for a 3 nights before boarding the Venice Simplon-Orient-Express for an opulent overnight journey back to London.

The historic centre of Prague is easily walkable. To the east of the Vltara River is the Old Town, with its cobbled streets, souvenir shops and ice cream vendors. Beyond the famous Powder Tower lies the New Town with its grand boulevards and Neo-Classical architecture. To the west of the river, over the Charles Bridge, is the Malá Strana or Lesser Town where you’ll find the imposing castle, Petrin Hill and terraces of vineyards stretching down to the city.

Dominating the skyline is Prague Castle. Dating back to the 9th century, the complex has been home to Holy Roman Emperors, Kings of Bohemia and nowadays is the official office of the incumbent Czech president. If you stroll through the Mala Strana district down to the river, you’ll come across the Charles Bridge. Over 670 yards long and nearly 30 feet wide, the Charles Bridge is a much photographed symbol of the city, still bustling with traders and buskers. Visit in the evening to get the best pictures and more of the bridge to yourself. On the other side of the river is the UNESCO World Heritage-listed Old Town, where you can wander through narrow cobbled streets chock-full of tempting boutiques and cafes.

All roads lead to the Old Town Square with its magnificent array of architectural styles as well as the world’s oldest working astronomical clock, dating back to 1410. For city views, the Petrin Lookout Tower is hard to beat. You can walk up in around half an hour, though it’s a fairly steep incline. Most people prefer to make use of the regular funicular train. From the Lookout Tower, you can walk across to the Castle. Vyšehrad Castle on the Eastern bank of the river also boasts fine views. The cemetery here contains the remains of many famous Czechs including Alphonse Muncha and Antonín Dvořák. There is a wide range of museums to choose from, but we would recommend the collection of sites that makes up the Prague Jewish Museum. The museum boasts one of the largest collections of sacred Jewish artefacts in the world along with Europe’s oldest working synagogue. 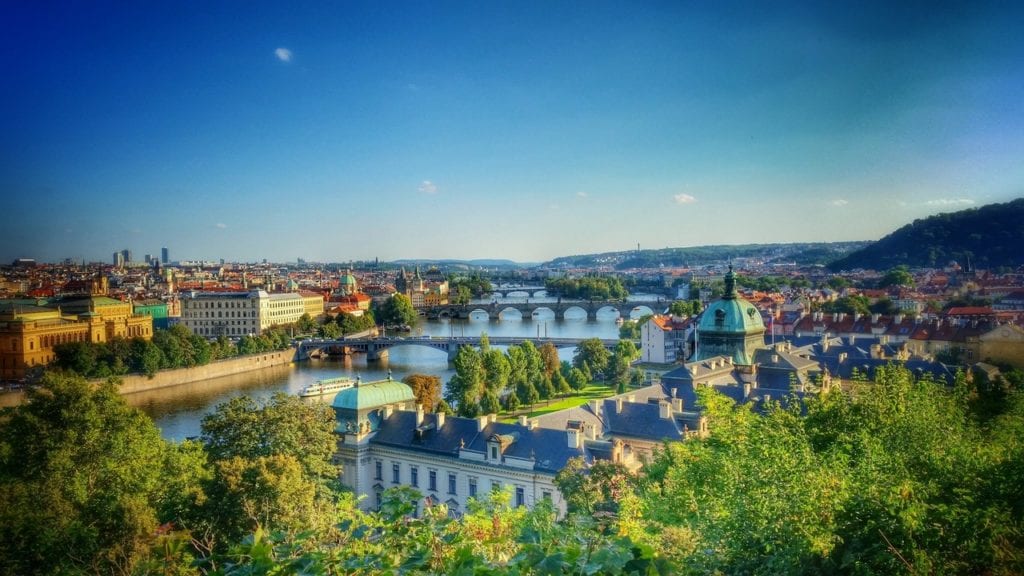 Our Recommended Hotels in Prague

This is a comfortable, central property within easy walking distance of the Old Town. The 214 guest rooms are furnished in a contemporary style with free wireless internet and tea/coffee making facilities. The on-site restaurant serves a variety of dishes throughout the day.

The Boutique Hotel Constans occupies three historic buildings dating back to the 16th century. The location of this hotel, just below Prague Castle, is off the main tourist routes, whilst still within easy walking distance of attractions including the Charles Bridge and the Old Town Square. Guest rooms are modern and comfortable, with complimentary Wi-Fi internet access.

The Clementin Hotel boasts a great location in the centre of Prague, between Charles Bridge and the Old Town Square. The hotel occupies a unique building dating back to 1360. All elegantly furnished bedrooms are air-conditioned with satellite TV and a tea & coffee maker. There is also a café with a terrace on Seminarska Street and an internet station in the lobby which is free for guests to use. 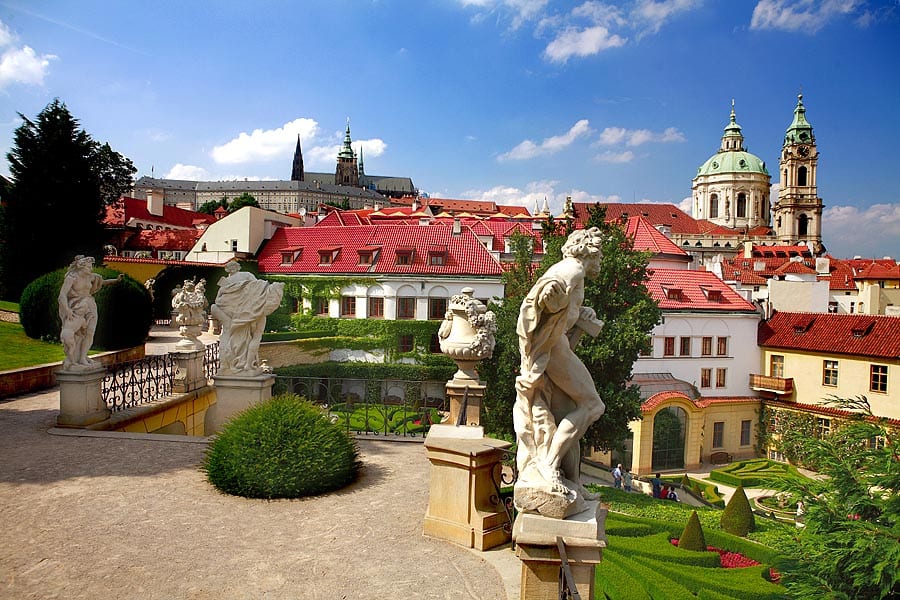 A luxury boutique hotel with a musical theme, the Aria Hotel Prague by Library Hotel Collection is located in the historic Mala Strana quarter, close to the castle. Spacious bedrooms feature an extensive music and DVD library and iPad and guests are treated to a complimentary welcome drink on arrival. There is also a rooftop garden terrace and a restaurant. The hotel offers direct access to the Vrtbovska Gardens which are open from April to October.

Located next to the Wallenstein Gardens, the stunning Augustine Hotel offers luxurious accommodation in the heart of the city. The property comprises seven historic buildings, one of which is the 13th century Augustinian St Thomas Monastery for which the hotel is named. On site facilities include a spa, a restaurant, a bar, and a brewery where the hotel’s own St Thomas beer is brewed.

Suggested Tours in and Around Prague