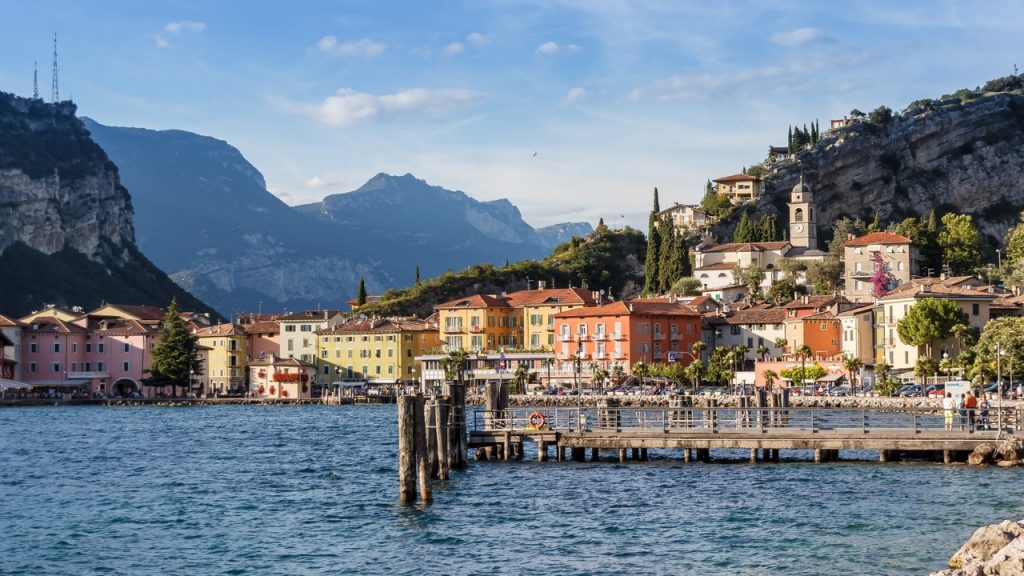 The largest lake in Italy, Lake Garda sits to the west of the beautiful city of Verona and lies within the states of Veneto and Lombardy.  It is a popular destination with visitors from across the world thanks to the scenery, cuisine and culture.  From the rolling hills surrounding Desenzano del Garda and Sirmione in the south, through to the majestic Alpine mountain landscapes at the northern tip around Riva del Garda, Lake Garda has it all.

Climate: The region has a mild climate thanks to its southerly latitude alongside Venice and the top of the Adriatic Sea.  The northern part of the lake can sometimes be a touch cooler than the southern part, due to the higher mountains that adorn the lake at this point.

Sirmione is a resort town on Lake Garda’s southern shore. It is known for its thermal baths and Scaliger castle overlooking the lake. Set at the end of a peninsula, the town is extremely popular with holidaymakers throughout the year, particularly in July and August.

Bardolino is Lake Garda’s wine capital. The slopes around the town are a neat mix of vineyards and wine cellars from the edge of town right down to the shores of the lake. The town itself is a resort town accessible by boat from other parts of the lake.

Malcesine is a small town on Garda’s eastern side. It’s a pretty resort with cobbled lanes and a castle, alongside the azure lake waters and the imposing mountain ridge behind, Monte Baldo. Malcesine’s ferry connections to other lakeside resorts make it a good base for sightseeing and the cable-car running up to Monte Baldo is a mecca for cyclists and hikers alike.

One of the few towns on Lake Garda that has a railway station, Desenzano del Garda has some picturesque winding historic streets between the town’s castle and the lakeshore below. Small boats are moored and swans glide about in front of several comfortable cafe-bars at the lovely small marina. 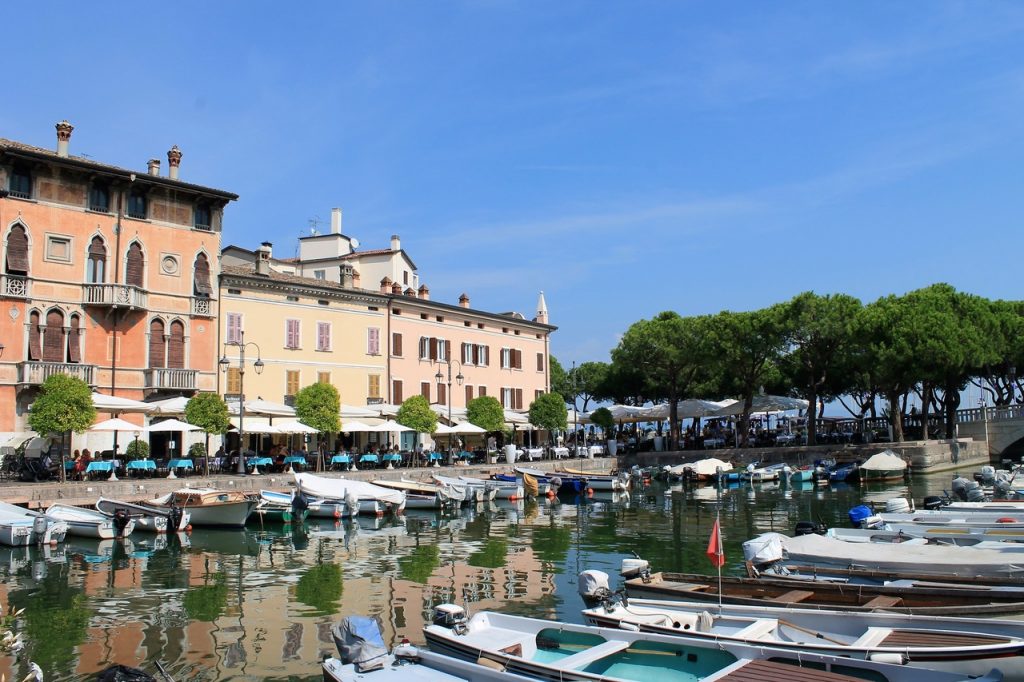 At the northern tip of the lake, Riva del Garda sits in more dramatic mountainous scenery than those in the rolling hills of the south.  It is best served by Rovereto station, which is on the Brenner Pass line from Innsbruck in Austria down to Verona – buses and taxis transport passengers through to the resort. 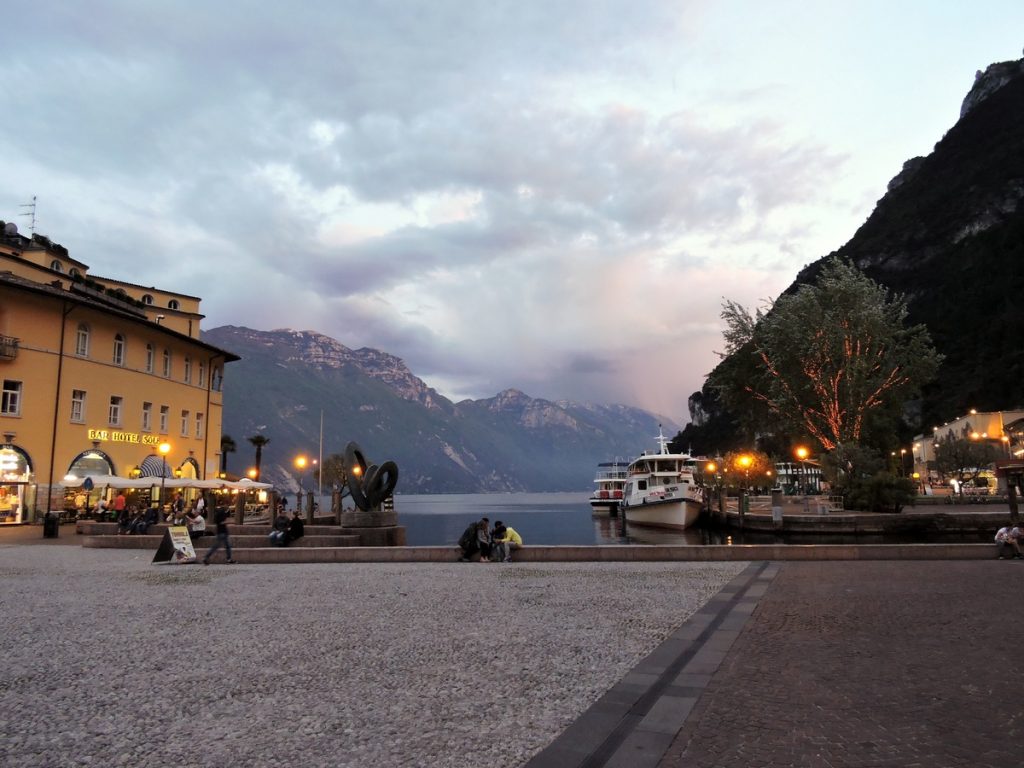 Limone on Lake Garda’s western shoreline is the ideal spot not only for relaxation, but also for more active pursuits, such as walking the path “Sentiero del Sole” and various mountain bike or e-bike trails in the local region.

What to eat: Yota is a stew consisting of sauerkraut, beans, potatoes, ham and occasionally smoked ribs. The dish is usually served with plenty of garlic and it is a typical main course of the region. Frico are a version of chips made of cheese, which are usually served as amuse-bouches. They consist of thinly sliced cheese, coated with flour and then deep fried. Tortellini is a type of pasta filled with various fillings –  meat, mushrooms or cheese.

What to drink: Wine. There are few variants of grapes cultivated around the shores of Lake Garda. Visitors can try the local wines of Lake Garda at a restaurant, or they can purchase a bottle or more from the numerous wine shops in larger towns such as Riva del Garda, Desenzano or Sirmione.  Particular favourites are Bardolino and Bardolino Superiore, red wines produced along the chain of morainic hills on Lake Garda’s eastern shoreline.

Puoi chiamarmi un taxi? – Can you call me a taxi? 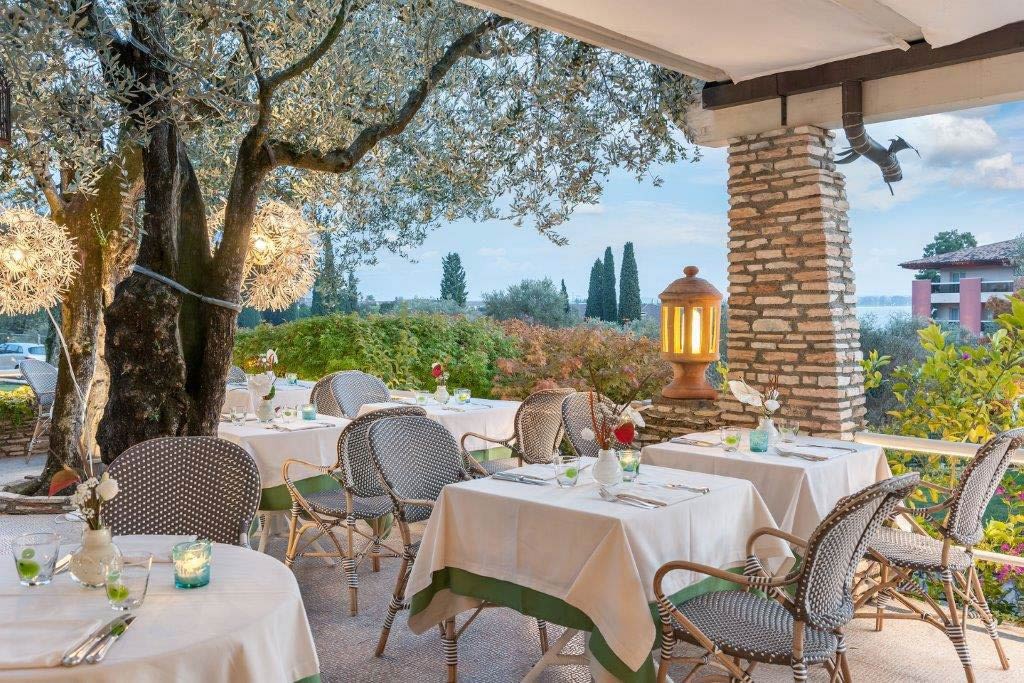 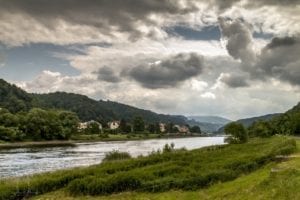 From £899
8 Days
Lake Garda via the Swiss Alps
Italy's largest lake is waiting to be explored. Travel south via the stunning Simplon Route high in the Alps and spend 5 nights at beautiful Sirmione on the lake shore, before returning via the Brenner Pass and Munich.
From £899 per person // 8 days

From £1,199
8 Days
Venice and Lake Garda
Combine the unique city of Venice on the Adriatic, with a stay on the shores of Italy's largest and most popular lake on this essential Italian holiday by rail.
From £1,199 per person // 8 days 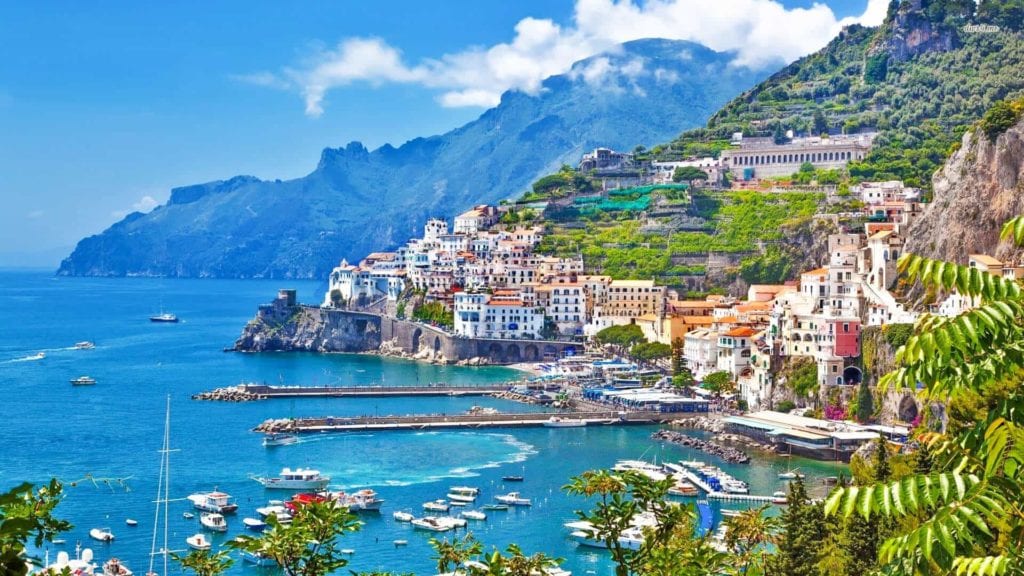 From £1,399
10 Days
Italian Lakes & the Amalfi Coast
Combine two of Italy's most popular and picturesque holiday regions. Travel via Dijon to Lake Maggiore and then continue by train down the spine of Italy en route to the magnificent Amalfi Coast.
From £1,399 per person // 10 days