My Montenegrin adventure began overland. I entered the country from Croatia, Dubrovnik to be precise. The single-carriageway road from Dubrovnik into Montenegro is well-trodden and a plethora of vehicles of all shapes and sizes ply this route on a daily basis. This being summer, the queues at both the Croatian and Montenegrin border-checks were not insubstantial, but before too long I was on my way further south into Crna Gora, as it is 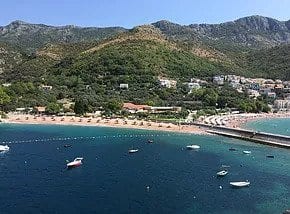 The name Crna Gora directly translates as Black Mountain, or in Italian, Montenegro. It formed part of the Socialist Republic of Yugoslavia until 1992 when the country broke up, although it remained attached to Serbia until the mid 2000s when independence was narrowly-achieved and Montenegro became its own entity for the first time in living memory.

I first reached the jawdroppingly-spectacular Bay of Kotor, at the town of Herceg Novi. The Bay of Kotor is an extraordinary natural phenomenon of fjords, something one would tend to associate with the Norwegian coast. The bay itself consists of several smaller bays and some stunningly-preserved medieval towns such as Herceg Novi (literally New Castle), Perast, Risan and the jewel in the crown, Kotor. Many of these towns are influenced by the Venetians, who once ruled over these parts around 400-500 years ago. It would be perfectly possible to spend a good number of days exploring every nook and cranny of the coastline and still not cover everything. 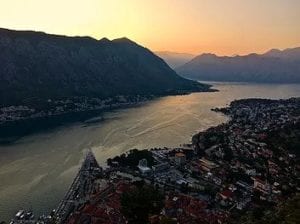 Kotor itself is a gorgeous village at the “end” of the Bay, or Boka as the locals refer to it. It has a fortified Old Town, itself a UNESCO Heritage Site, which is a delight to walk around and explore. Above the Old Town is the Fortress, with sweeping views across the Bay. I walked up at sunset, which was a stunning time to climb up – just catching the sun going down over the western part of the Bay.

Travelling south from Kotor, you reach the Adriatic coastline – the first major town you come to is Budva, which is one of the primary holiday resorts in the region. Another former outpost of the Venetian empire, Budva is the oldest town on the coastline and its Old Town juts out spectacularly from the shoreline. A few miles south from there is Sveti Stefan, and island connected to the mainland by a walkway and home to one of Montenegro’s top hotels, the Aman Sveti Stefan. 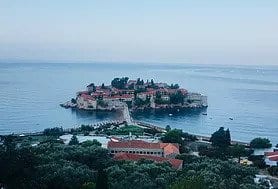 The next major settlements further south are Sutomore and Bar. These are of particular interest to rail travellers as they are the only Montenegrin coastal towns on the European Rail Network. One daytime and one night train go north to the nation’s capital, Podgorica, and then through spectacular scenery all the way to Belgrade. 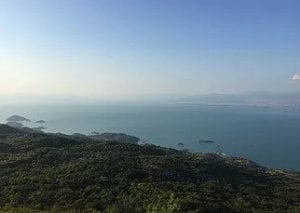 Inland from the coast is the tranquility of Lake Skadar, which Montenegro shares with Albania, although the lion’s share sits within Montenegrin territory. It is well known for its birdlife and flora, as well as multiple islands along the southern shore. The sunset across the placid lake was a true sight to behold and was worth the late-evening visit despite the distance.

With so much crammed into such a small space, Montenegro truly is a dream holiday destination and one that you can also experience with us.

Choose between a convenient flight into one of the airports that serve the country, or you can by all means travel over land (and sea) to get there and back if you would prefer to avoid flying altogether. 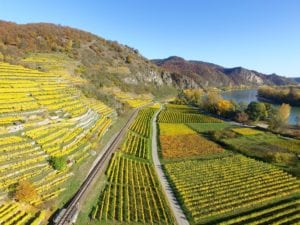 From £799
9 Days
Montenegro Explorer
Discover the Adriatic coastline of one of Europe's most up and coming destinations, before heading inland to Biogradska Gora National Park, and onwards on a scenic rail journey into Serbia.
From £799 per person // 9 days 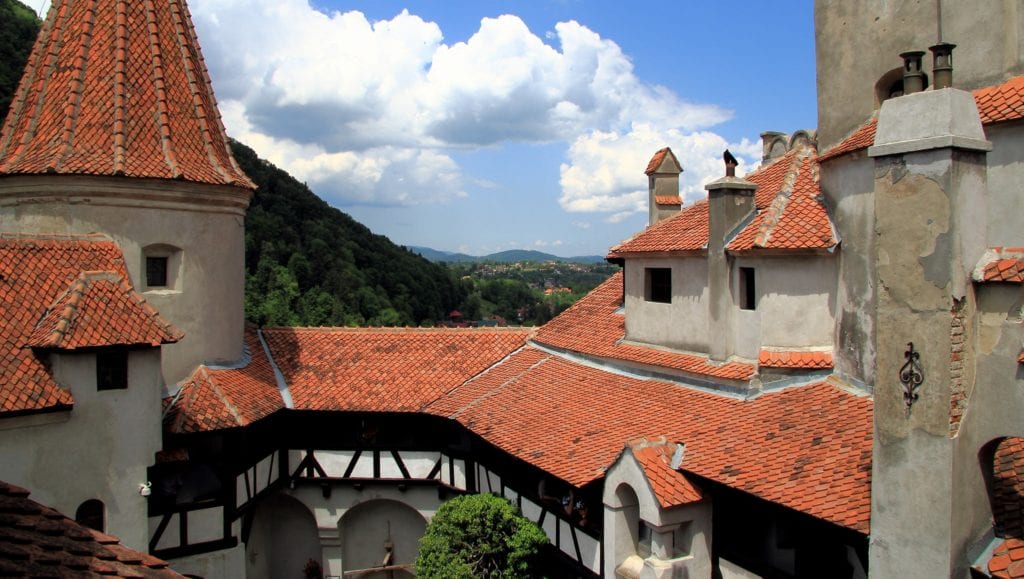 From £699
12 Days
Transylvania to the Black Sea: A Continental Railway Journey
Follow in the footsteps of Michael Portillo as you travel from the castles of Transylvania, through Romanian capital Bucharest and onwards to the Black Sea resort of Constanta on this Romanian rail adventure.
From £699 per person // 12 days

From £1,299
11 Days
Croatian Coastline by Rail: Split and Hvar
One of Europe's most popular holiday regions, the Adriatic coastline of Croatia, is easily accessible by rail from London - enjoy beautiful scenery and combine Split with the island of Hvar.
From £1,299 per person // 11 days

From £1,099
11 Days
Discover Slovenia
Take in the scenery and culture of Slovenia on this 10-night holiday. Your suggested itinerary takes you from the coastal resort of Piran to Lake Bled in the Julian Alps, via majestic capital Ljubljana.
From £1,099 per person // 11 days